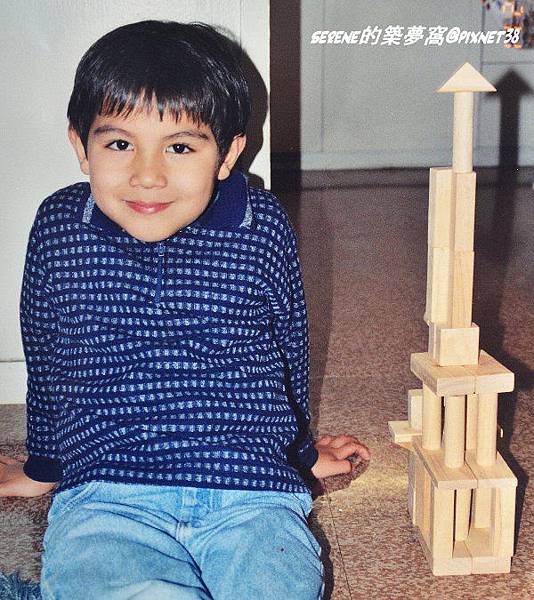 (Sorry, this article is in English.  If you want to read it in Chinese, please let me know.

Ever since our son was born, my husband spoke English and I spoke Chinese to him.  We wanted him to be bilingual.  When he was two, he started playing some educational computer games that we purchased in the States and it had lots of pictures and English vocabulary.  I asked him to say "媽咪, 我可以玩電腦嗎?"  I didn't think it was hard to repeat that sentence, but he had to speak word by word after me.

My husband said I shouldn't worry because every child had their own pace of learning.  I waited for a few weeks, months, but was still frustrated because it was obvious that other kids his age could speak a lot more than he did.  My husband told me most of those kids only had to learn one language which was English, so of course it was easier and faster for them to learn.

After our daughter was born, our son was two and eight months old but was still not speaking much.  I, a stay home mom, worked with him everyday.  I read books to him, used word cards, used surrounding objects,...but didn't see much progress.

My mom often asked me why he still wasn't speaking sentences.  My husband wasn't worried, and my in-laws weren't concerned at all.  (I guess it's because in the States lots of people have all sorts of ... disabilibties, and my father-in-law was a school psychologist and has seen lot of kids with severe disabilities.)  My husband also reminded me that Albert Einstein didn't speak until he was nine years old.  Yeah, and you think that comforted me? Of course not.

Finally when our son was four, we found a friend's friend who lived in Taipei and was a speech therapist.  We took our son to see her one time in Taipei.  It cost us 2000NT an hour.  Although it was very expensive, we had to do it.  After two hours of working with him, Tina, the Speech Therapist told us that his language development was delayed by about two years and his brain was confused by two languages.

We were asked by the speech therapist to speak ONLY ONE language to him.   The language we decided to stop using was Chinese and it was such a hard decision for me because I truly wanted him to speak both.  Our son had two more sessions with the speech therapist.  After that we worked with him and he also started kindergarten.

He could speak sentences in kindergarten, but not as fluent as some of the kids.  I didn't speak any Chinese (Mandarin) around him and not even to our two year old daughter because I didn't want to "confuse" him, like what the therapist said.  We were trying to do our best to help him.  Many years later he was tested at school and the diagnosis was he had auditory processing disorder.  He heard words, but had difficulty processing them in his brain.

I will write more about his later development and how he is doing now in the next article... (if anybody is interested.)